Emerald is the most famous member of the Beryl clan. It has been reputed to cure disease, reveal the truth or falseness of a lover’s oath, protect one from evil spells and placed under the tongue, will endow the wearer with the ability to foresee the future (handy!). It is the birthstone for May and the colour of bursting (northern hemisphere) Spring growth. It’s a soothingly green-green that encourages possibility and hope, and in my opinion it’s the benchmark of green. The name comes from the ancient Greek word for green, “Smaragdus”. The Roman author, naturalist and philosopher, Pliny the Elder described emerald in his first century AD encyclopaedic natural history “… nothing greens greener”and I couldn’t agree more. 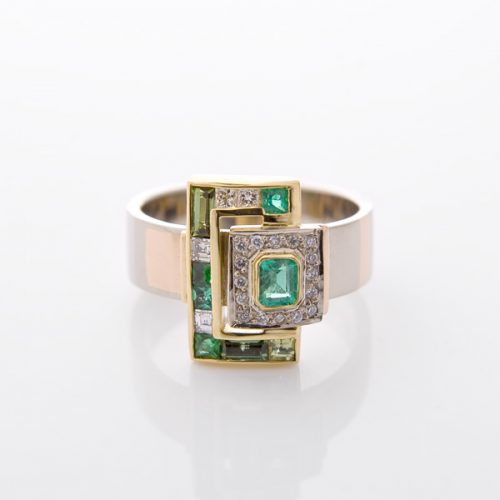 Emerald is the green to greenish blue variety of beryl, which is a mineral that also includes aquamarine, morganite and other beryl colours. There is the less expensive green beryl and then there is emerald. Gemologists, gem labs and dealers classify an emerald when the colour is dark and saturated and when the colour is too light it is a less-glamorous and lower priced, green beryl. There is a subjective and profitable difference of opinion about what is considered ‘too light’, GIA uses lab graded comparison stones to determine if the green colour is dark enough and saturated enough to be called emerald. The first known emerald mines were in Egypt dating from 330 BC. Cleopatra was wild about emeralds and she had her own mine (she took from the Greeks) not far from the Red Sea. She lavished her royal adornments with emeralds, and it is said that visiting dignitaries to Egypt were presented with large emeralds carved with her likeness. Interestingly, Cleopatra also laid claim to the oldest source of peridot in the world which explains why a lot of her emerald collection actually turned out to be peridot. Emerald has a Moh’s hardness of 7.5-8, which is normally a good hardness for jewellery, however most emeralds naturally contain inclusions and surface reaching fractures that are clearly visible and this makes them brittle and prone to breaking. Emeralds are commonly treated with oils, waxes, polymers and other substances that enter the fractures and make them less obvious and these treatments may improve the appearance of the gem, they don’t improve the durability. Because they are prone to breaking, I am always nervous using them in an engagement-every-day ring, they need to be worn with a certain amount of care, and if you’re rough on our hands it may not be the best gem choice? I love emerald-green, and I love all shades of ruby, but my two favourite gems colours unfortunately edge terrifyingly close to a Christmas decoration to appear together on one piece of jewellery! 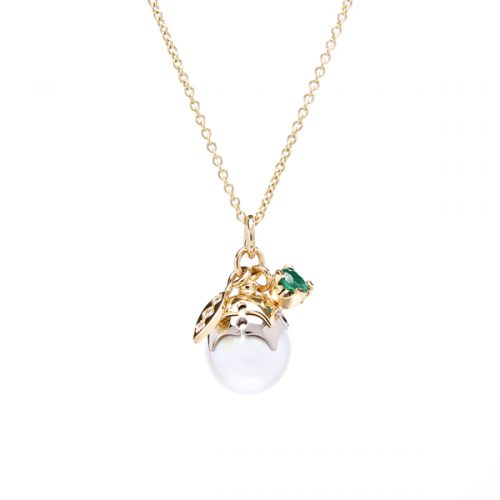 *Important to remember to avoid putting your emerald jewels in an ultrasonic cleaner, they need to be cleaned by hand with warm soapy water. (The largest emerald in the world, found in Bogota, Colombia in June 2011. Image: Forbes.com)